The Department of Foreign Languages

Administration of the Department of Foreign Languages

Head of the Department is Volkova Lyudmila Vassilyevna, Candidate of Pedagogical Science, Docent.

The Department of Foreign Languages is one of the leading departments of the Eurasian Humanities Institute. Its main objective is training of specialists majored in: “Translation Major” and “Foreign Language: Two Foreign Languages” (English, German, French, Chinese). The teaching staff of the Department conduct the practical course of foreign languages for all Bachelor degree specialties of EAGI. 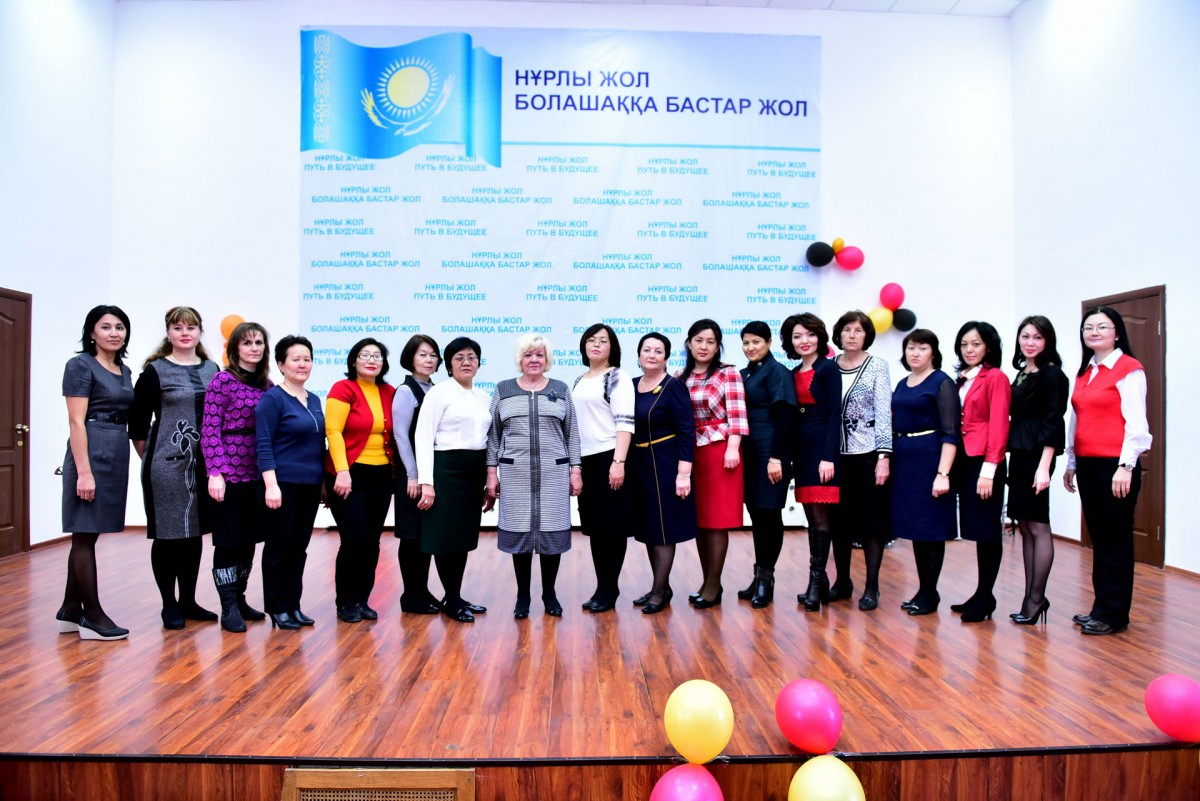 The teachers of the Department do researches, take an active part at the international, Republican and interuniversity scientific conferences. In 2014 Docent V.S. Yevseyev was conferred on the degree of the habilitated Doctor of Philosophy after the successfull defence of the Doctor’s dissertation in Germany (Bamberg). The developed educational and educational-methodological aids by the teachers are effectively used by the students in the educational process.

Besides, the department teachers take part in the work of the refresher courses on the programs «Global Education» (the USA) and «StudyInn» (Great Britain), methodological seminars, organized by the Alliance of the Ambassy of France in the Republic of Kazakhstan. The teachers of the Department have an opportunity to be retrained on the line ДААД. In 2007-2008 at our department there worked Master of Arts Barbara Dasterhoff (state Georgia, the USA) quite successfully. Now she and our teachers are still keeping in contact through e-mail. There also function the clubs of the English, French and German languages, where the students have the opportunity to communicate with native speakers and improve their level of mastering a foreign language and also to develop their intellectual and creative potential.

A special attention is paid to the extension and strengthening of the international cooperation. The teachers of the Department delivered their reports in Greece, Russia, Rumania, France and other countries.

Annually we receive teachers from abroad. They hold seminars on self-development: Steve Adkins and Elisse Ollson (state Maryland, the USA), Steve Young, J.Kent Ford (state Verginia, the USA) and others. Due the development of good communicative skills in the studied language the students of the department are often invited as the interpretors at the international forums, conferences and exhibitions: OSCE, Asia meeting, «KADEX», «WORLDDIDAC ASTANA», the 4-th congress of the leaders of the world and traditional religions, Eurasian media-forum, the New Silk way, Bolashak and others. The results of their work are reflected in the received Letters of Gratitude, Certificates of the participants and also in the acquired experience of the work and practical speaking in a foreign language.

A special attention at the Department is paid to the educational work with the students. Different events, curator’s hours, meetings are held aimed at forming the students’ rich spiritual world, personal culture and the healthy way of life. Bright and memorable events are usually held on the eve of state and non-formal holidays such as: the Day of Translators, the Week of Foreign Languages, Thanksgiving Day, Christmas Day.

Our students have their professional practice in the leading linguistic schools and colleges, the best educational centres, language schools of Astana-city and also in different departments of the Ministry of Foreign Affairs, foreign companies, translation agencies and others. The future specialists of the Department are usually employed on their specialty; the graduates of the Department receive the post-graduate education, studying on the grants in the leading higher educational establishments of the country and on the program “Bolashak” abroad.

The Department is well equipped with modern facilities: modern lingua-phone Cabinets with free access to the Internet, Cabinets of the English, French and German Languages. The students are provided with native and foreign educational and  methodological literature.