Presentation Week in EAGI was on-line

On 1-4 September 2020 in the Eurasian Humanities Institute there were organized meetings of the administration of the Institute with the first-year students online. The main goal of the meetings was acquaintance of the first-year students with the administration of the Institute, the curators of the groups, the leaders of the student self-government and also acquaintance with the rules of the internal order, the Charter of EAGI, the Code of Honesty, the rules of organizing the educational process on the credit technology and the regulator of providing sanitary and epidemiological regime.

The meeting was opened by the First Vice-Rector of the Institute, Candidate of Psychological Science Professor A.D Issmayilov, who congratulated the first-year students on the beginning of a new student life and told about the history and achievements of the Institute.He made a special accent on the peculiarities of organizing the educational process in EAGI in which there are created all conditions for the students to get the qualitative education which will help them to make competitive specialists in their sphere.

The students were also greeted: by the Vice-Rector on the educational work, CPSc, Professor Ya.N. Ospanova, Director of the Department on academic issues and accreditation,CPhSc,Professor S.B. Zagatova, the Dean of the Institute, CPSc, Docent T.N.Kemaikina, the Head of the psychological and pedagogical service on supporting the inclusive education of EAGI, Master of Pedagogical Science A.T. Ayazbayeva; the Head of the press centre Master of Science G.A. Kanafina; the Chairperson of the CAY N.T Tyrnahan, the leaders of the student self-government. The coordinator on academic mobility and international relations A.T. Sandybayeva presented the programs of training in higher educational establishments of the Republic and near and far abroad. In the course of the meeting the students were asking questions and exchanging their opinions.

In the preparation for the days of acquaintance there took part the staff of the department of registration and advisers who spoke about the peculiarities of the work of the automated information system Platonus, the procedure of registering for the disciplines, filling in the individual educational programs (IEP).The representatives of the staff of the library told about the services of the Institute library. There were conducted the curator hours at the appointed time.

We sincerely wish all the first-year students success, new achievements and good luck in all endeavors! 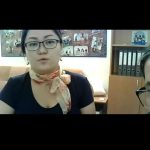 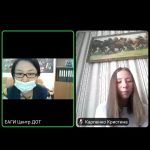 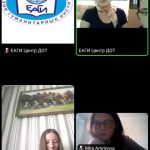 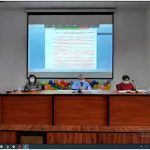 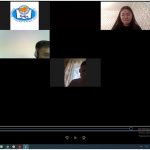 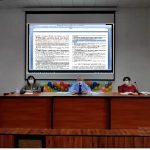 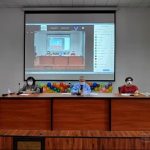